Muscat, January 29, 2018: The Hero Asian Champions Trophy 2018 will be held in Muscat between October 18-28, 2018. This was announced by the Asian Hockey Federation (AHF) today. The Oman Hockey Association will be the host of the tournament.

The 5th edition of the biennial event will take place at the Sultan Qaboos Sports Complex in Muscat, Sultanate of Oman. The prestigious event is being held for the first time Oman, since the tournament’s inception in 2011.

New Delhi (India)-headquartered Hero MotoCorp, a global partner of the International Hockey Federation (FIH) and a long-term associate of the Asian Hockey Federation (AHF), will be the title sponsor of the tournament. The Company supports the growth and development of Hockey through its partnership with marquee tournaments like the Hero Asia Cup 2017 and Hero Asian Champions Trophy 2018.

Introduced in 2011, the inaugural Men’s Asian Champions Trophy was won by India who are also the reigning champions of the tournament, winning the final against Pakistan in Kuantan, Malaysia in 2016.

The tournament will witness intense competition among some of the top performing teams from across Asia and will be the biggest Asian Hockey event prior to the World Cup which is scheduled to take place in Bhubaneswar, India from November 28 to December 16, 2018.

Mr. Pawan Munjal, Chairman, MD and CEO, Hero MotoCorp, said, “Field Hockey is one of our focus sports and we have had a long standing and gratifying association with FIH. We are glad to extend our association with the Hero Asian Champions Trophy and look forward to an exciting tournament. I wish all the teams and the Oman Hockey Association the very best for a successful tournament.”

AHF President HRH Prince Abdullah Ahmad Shah was pleased to confirm the allocation to the host Nation, Oman. He said, “We are delighted by the efforts and enthusiasm of Oman Hockey Association to become a leading nation in the hockey community by hosting the Hero Asian Champions Trophy. And we are delighted to have Hero MotoCorp on board as the title sponsor.”

AHF CEO Tayyab Ikram added: “The AHF is pleased to further expand our cooperation with the Oman Hockey Association, who have become a key partner for the AHF. After the successful organization of last year’s AHF Congress, the OHA is shortly hosting the Men’s Asian Games Qualifier tournament and taking on the challenge of the Hero Asian Champions Trophy in October. I am convinced that both of the upcoming events will be great successes and will be organized with the same aspiration of excellence and diligence that we have seen so far.” He added further that, the inclusion and unparalleled dedication of a global player and premier brand of Hero MotoCorp’s stature, and enthusiasm of Asian Hockey’s National Associations, reflects the dedication of AHF and affiliated partners to take the sport to new heights.

OHA President Captain Talib Al Wahaibi said: “It will be a matter of pride for me, Oman and Oman hockey to host the Asian Champions Trophy. To have the top six teams from the Asian hockey family vying for the prestigious crown at the Sultan Qaboos Sports Complex in Bausher will be a big thing. It will be a major boost for the Omani hockey. We have hired one of the world’s best coaches, Tahir Zaman of Pakistan. We thank Asian Hockey Federation, & specially Dato’ Tayyab Ikram, The Chief Executive AHF for giving us the responsibility of hosting the Men’s Asian champions Trophy 2018 and their continued support in developing hockey in Oman and rest of Asia.” 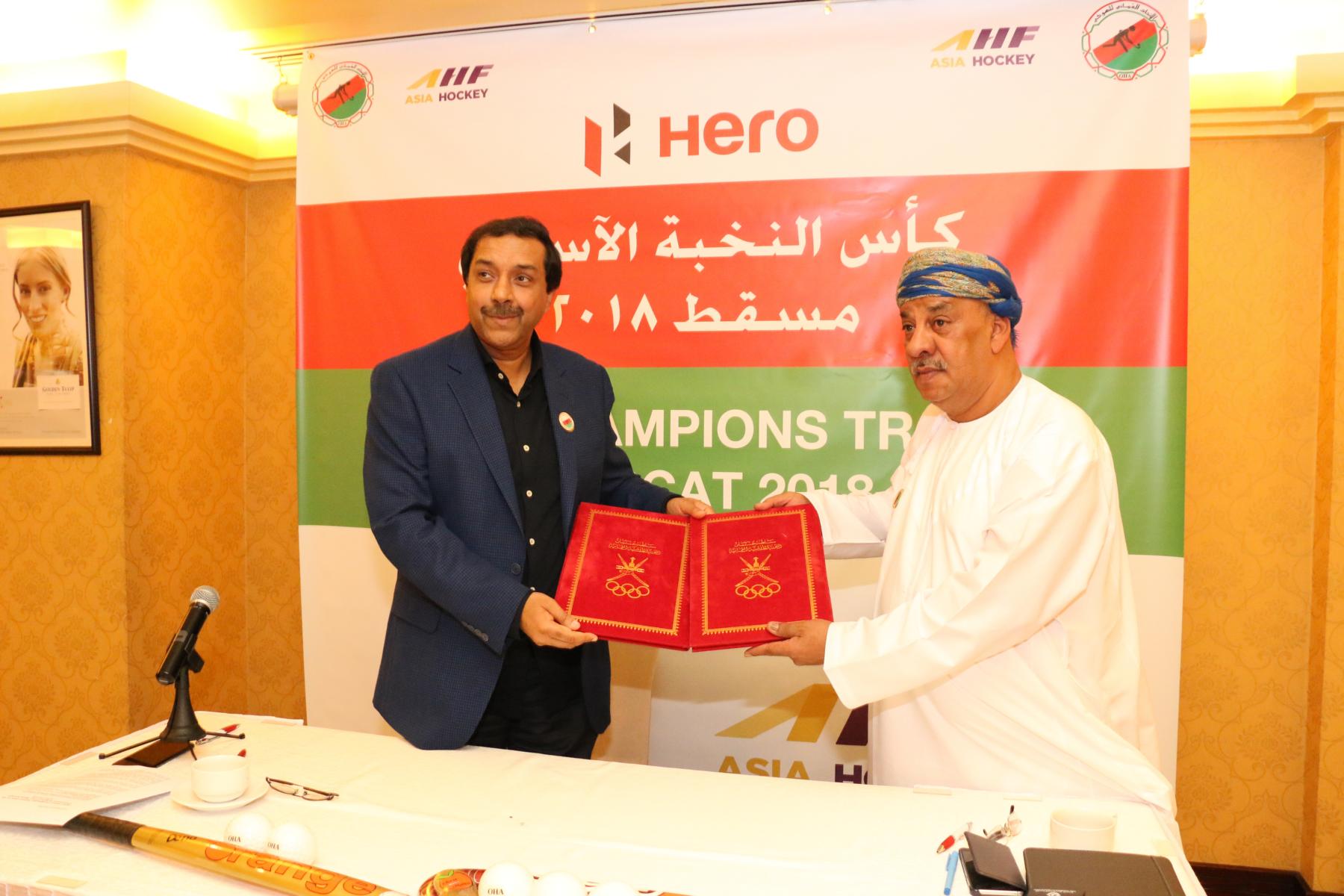 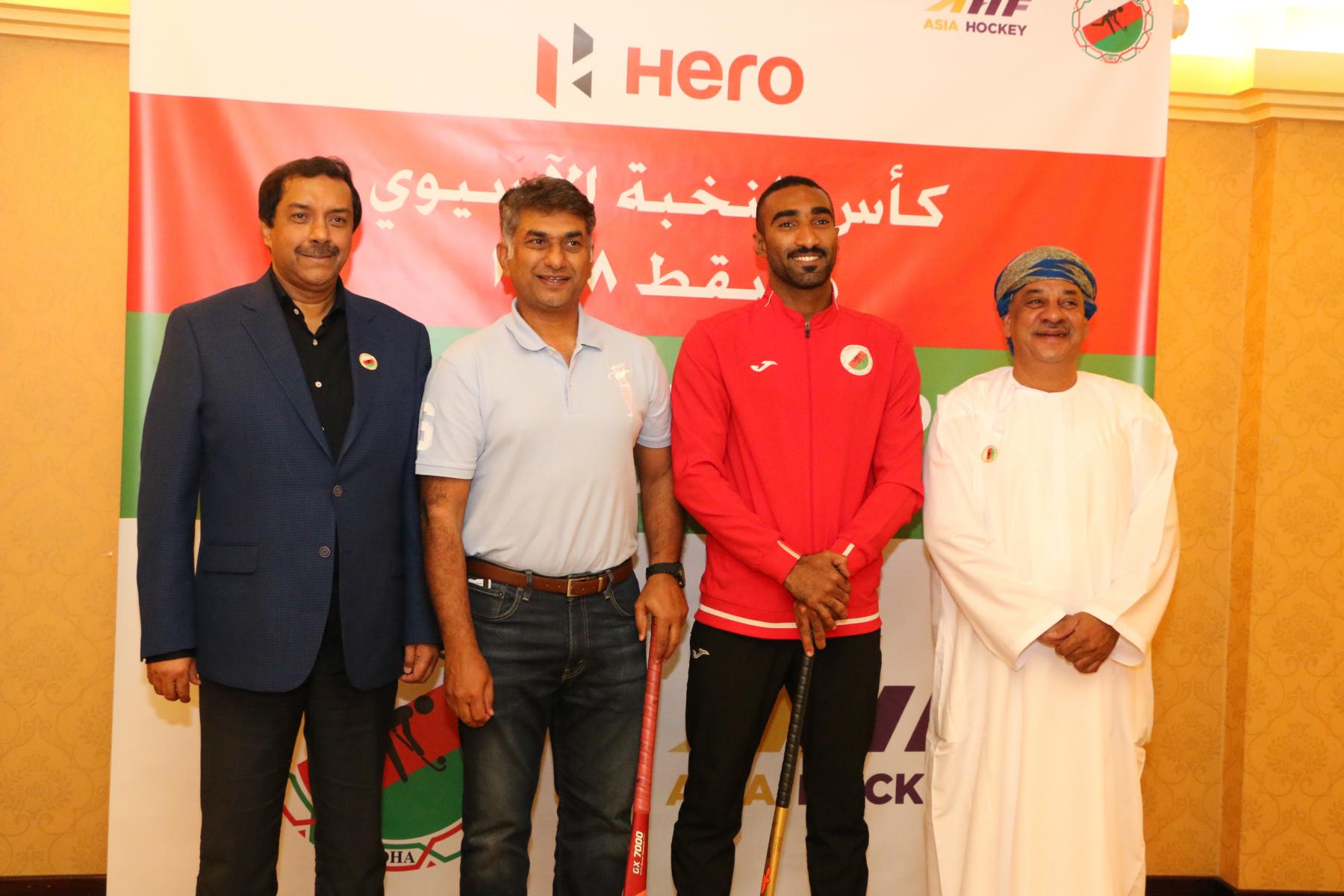 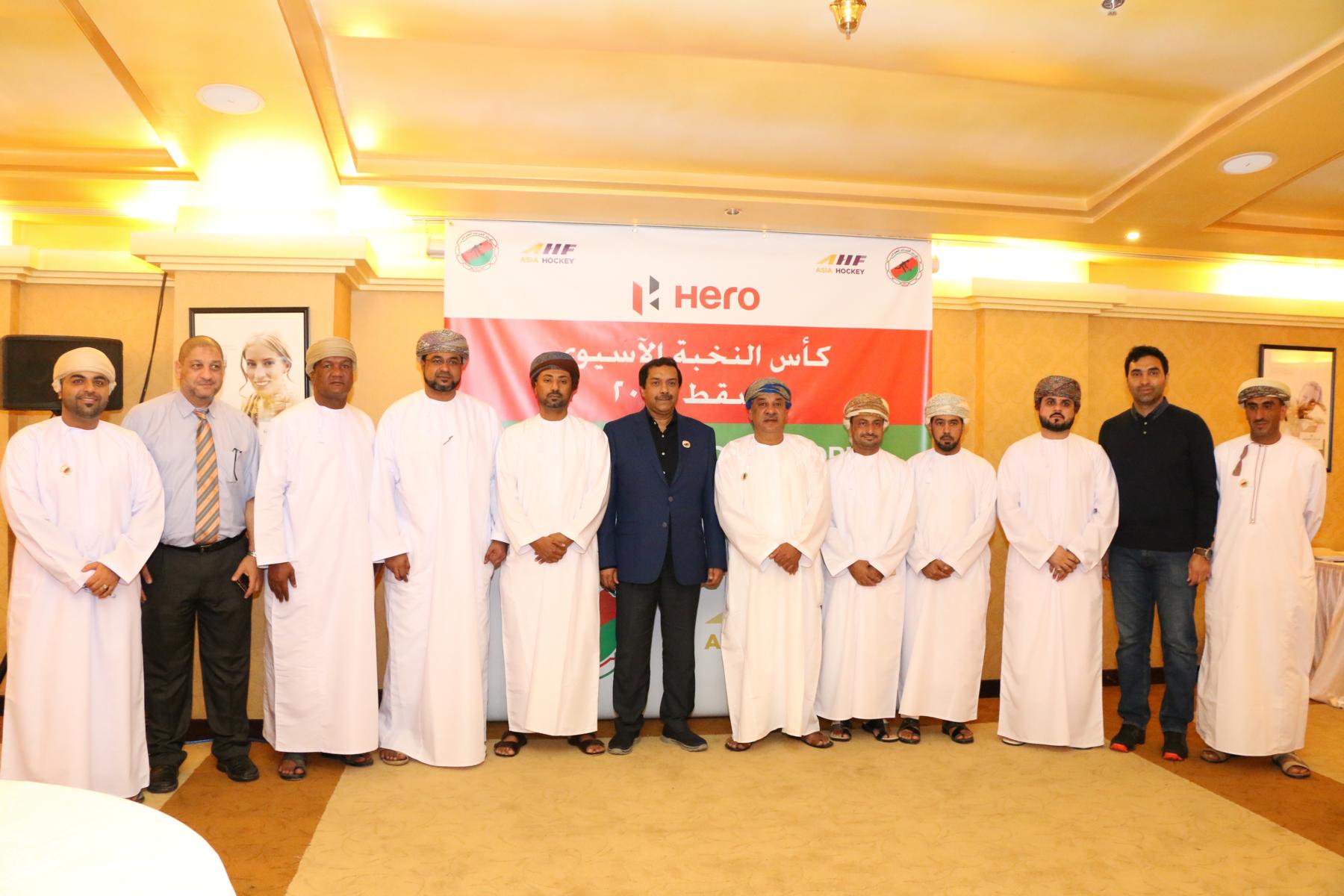