On the anniversary of the Rio 2016 Olympic Games women’s gold medal match, the International Hockey Federation (FIH) has awarded prizes to two National Associations from more than 50 participants for activity undertaken to celebrate Olympic Day 2017 earlier this year.

The project by the Federacion Uruguaya de Hockey sobre Cesped (Uruguay Hockey Federation) was chosen as the best one this year by an FIH Panel, with the Myanmar Hockey Federation picking up the second best activity award. Uruguay will therefore receive development support from FIH for the sum of 2,000 CHF, whilst Myanmar will receive 1,000 CHF for development purposes.

Myanmar organised a number of exciting activities, including several Hockey5’s tournaments for people of all ages. Like in Uruguay, and with the support of their national teams, club players and numerous coaches, the project exposed the sport to many different communities. Myanmar national players, permanent club players, amateur club players, students and parents alike took part in the event. This turned out to be a good chance for the youth to approach the federations among the event. Government officials and MHF’s CEC members received admiration for their support for the development of hockey in Myanmar. National coaches and umpires got international experience through the conference, which was conducted by Regional Development Officer (CAS). Check out the photos here

The impact was enhanced by organised media opportunities around these activities which spread awareness about hockey to a much wider audience.

Another important component of Myanmar’s activity was to engage with key funding partners, including government officials, which will be vital for the future development of hockey in the country.

Speaking about this year’s Olympic Day awards, FIH Director of Sport and Development, David Luckes, said: “With so many inspiring hockey activities and projects undertaken as part of Olympic Day celebrations earlier this year it was tough to pick out the best projects. However we believe that both Uruguay and Myanmar undertook outstanding projects that had a big impact on the sport and local communities within their country, building relationships which will undoubtedly help hockey develop in the future.”

He continued: “In 2016 we started to encourage all our National Associations to undertake Olympic Day activities and help spread Olympic values on that special occasion. So far we have been thrilled about the interest and the number of hockey projects being implemented on and around 23 June across the globe. As a true ‘sport for all’, hockey matches perfectly with Olympic Day. Such activities also form an important part of our 10-year Hockey Revolution strategy which aims to make hockey a global game which inspires the next generation.”

Every year, on 23 June the world celebrates Olympic Day – an annual occasion which is much more than just a sports event. It is a day for the world to get active, learn about Olympic values and discover new sports. For more information about Olympic Day, click here.

More than 50 countries undertook hockey activity this year with some of their projects highlighted in this article. 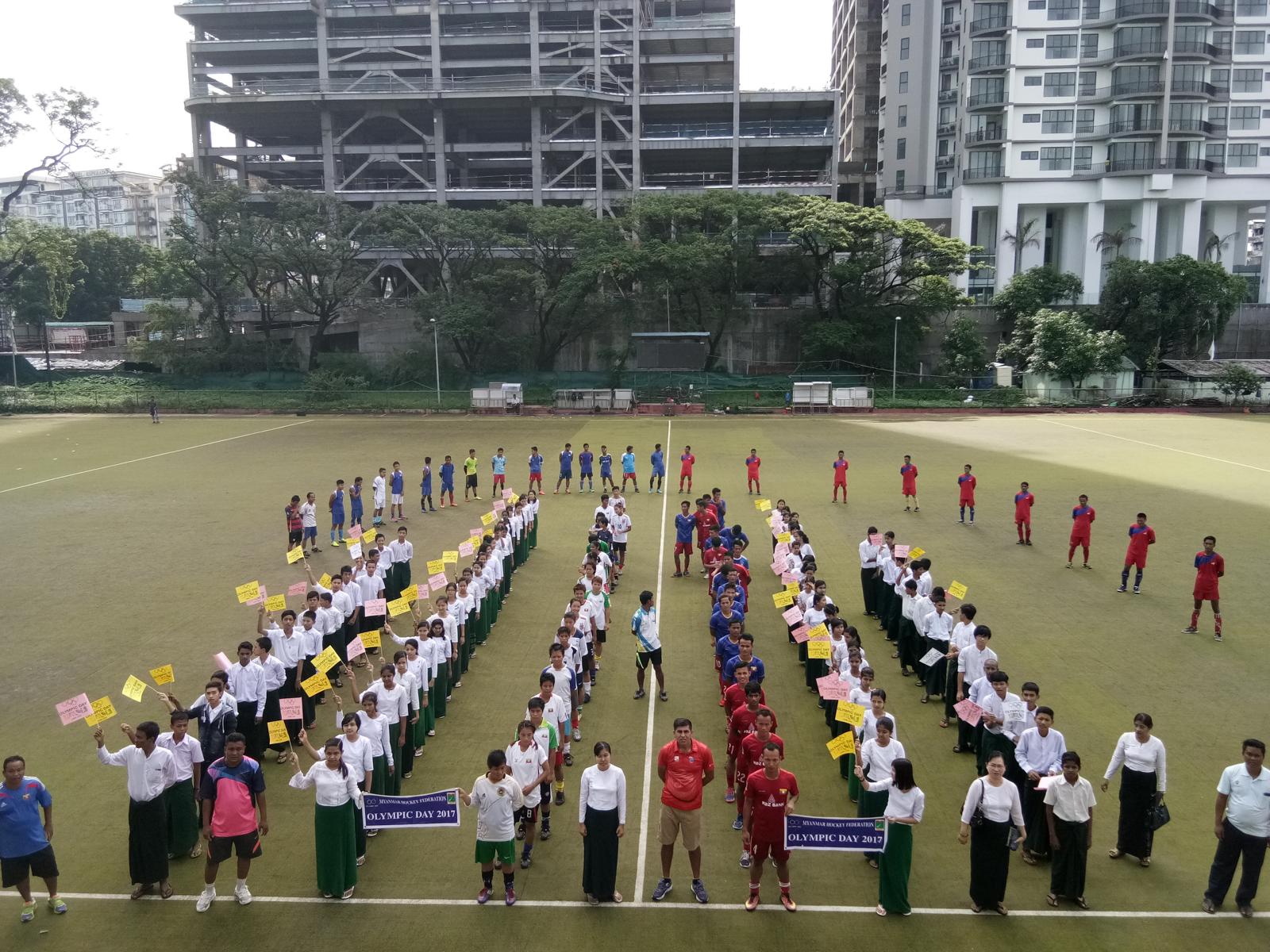