Berlin, Germany: The Asian Champions (world no 7) won the Bronze Medal match against Australia earlier today, and become the first non-European team to win a podium position at the Indoor Hockey World Cup.

The President AHF, HRH Abdullah Ahmed Shah, said, “Congratulations to Iran Hockey Team, Iran Hockey Federation and fans and followers all over the world on achieving the remarkable feat. Determination, grit and resilience have brought honor not only to Iran, but has also brought Asia in the limelight of this format of the game”. He further added that, Iran Hockey Federation shall be presented with special awards in regards to this victory.

The CEO AHF, Tayyab Ikram, said, “It brings us, the AHF, great joy to see the sights of an Asian team winning a medal at the highest level of the sport. Congratulations to the players and the Iran Hockey Federation for becoming the first Asian Team to achieve this victory. With such exemplary determination and preparation, as shown by Iran, hockey in Asia is surely rise and reach unparalleled heights”.

Iran only lost one match (semi-final against Germany) out of a total of 8 played at the main event. Ranked currently at world number 7, Iran drew against Austria (world number 2), won against Russia (world number 4), and against Czech Republic (world number 6) at the event. Their campaign started with a 5-1 victory over Switzerland followed by a draw against Belgium (3-3) at the opening day of the World Cup 2018. On the second day, the Asian Champions drew against a strong Austrian side (Indoor Hockey World Cup 2018 Champions) followed by a win over South Africa (6-3). Iran played Russia in the last game of the group stages, winning by 4 goals to 3. Iran finished on level points along-side Austria atop Pool B in the Men’s Indoor Hockey World Cup 2018. Iran took on Czech Republic in the quarter finals which ended 2-2 at the buzzer. Iran won the match on shoot-out, owing to heroics from Sasan Hatami Nejad (Iran Goalkeeper) who only allowed one shoot to pass him by. The host nation, Germany, proved to be too strong and overcame Iran with a 6-2 victory.

The Bronze medal match started with an open game with both teams trying to dominate the match as they tested the keepers at both ends. The deadlock was finally broken when Reza Noorouzzadeh broke the strong Australian defense and presented Nabid Taherirad with the opportunity to slide the ball goal-wards. Taherirad nearly doubled the lead seconds later after he was left completely open inside the circle, but couldn’t hit the ball on target. Right before the half way mart, Iran scored their second against their opponents who were a man short, owing to a green card. Norrouzzadeh scored the first goal of what was going to be his hat-trick in the Bronze medal game.

In the second half, Iran dominated the game, not allowing Australia to find their rhythm. When Australia did find goal scoring opportunities, luck played against them, as they hit the crossbar on numerous occasions. Iran extended their lead, and shifted the podium position further from the reach of the ever fighting and dynamic Australian side, when Hamid Nooranian pushed the ball over the advancing Australian goalkeeper after receiving a cross from Mohammed Asnaashari at the end of a blistering run down the right hand side. In the dying minutes Iran scored twice, both times Reza Norouzzadeh glided the ball into the open goal, making the prolific striker the third highest goal scorer of the tournament (16 Goals).

Speaking after the game, an emotional Yaghoub Bahrami said: “This was the very best day of my life. To come here and hear the amazing crowds cheering for us and to go out and play like that. It is an incredible feeling and one that will be so important to hockey players back in Iran.”

The 5th Edition of the Indoor Hockey World Cup became a historical event as a new team, new region and a new continent took a place atop the podium. End-to-end exhilarating action, loud cheerful fans, positive competitive drive of the participating team and the incredible spirit of hockey; all of these were the highlight of the brilliant tournament held at the magnificent city of Berlin. 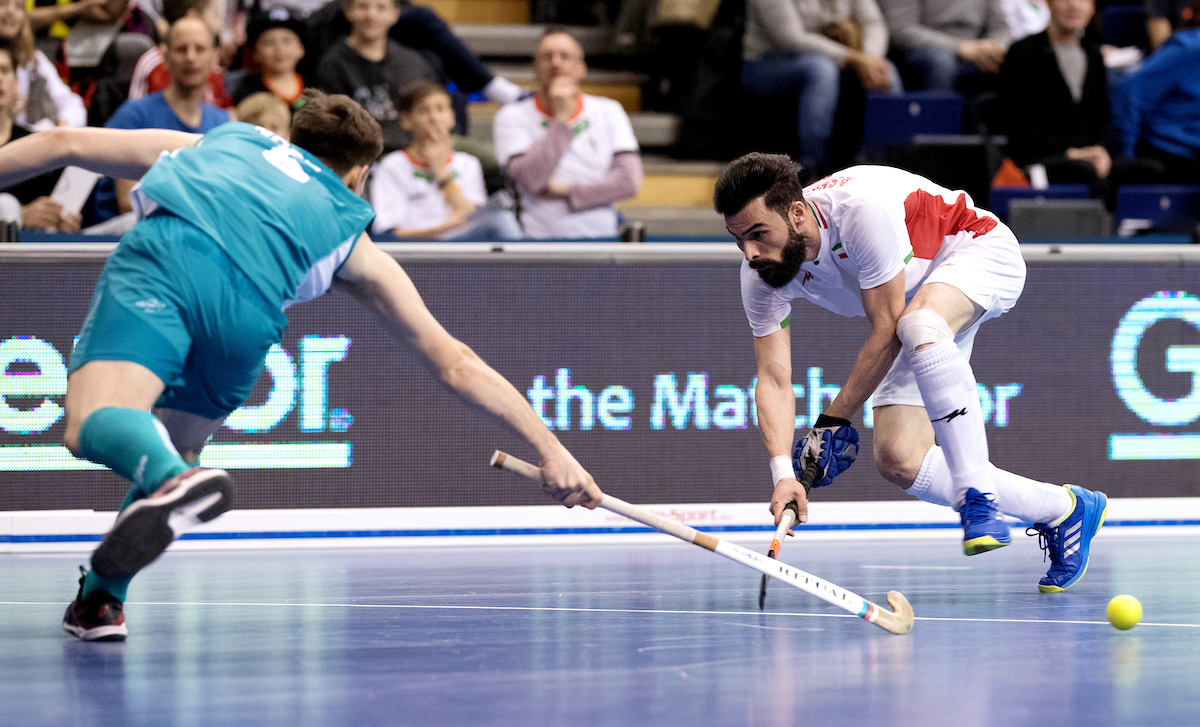 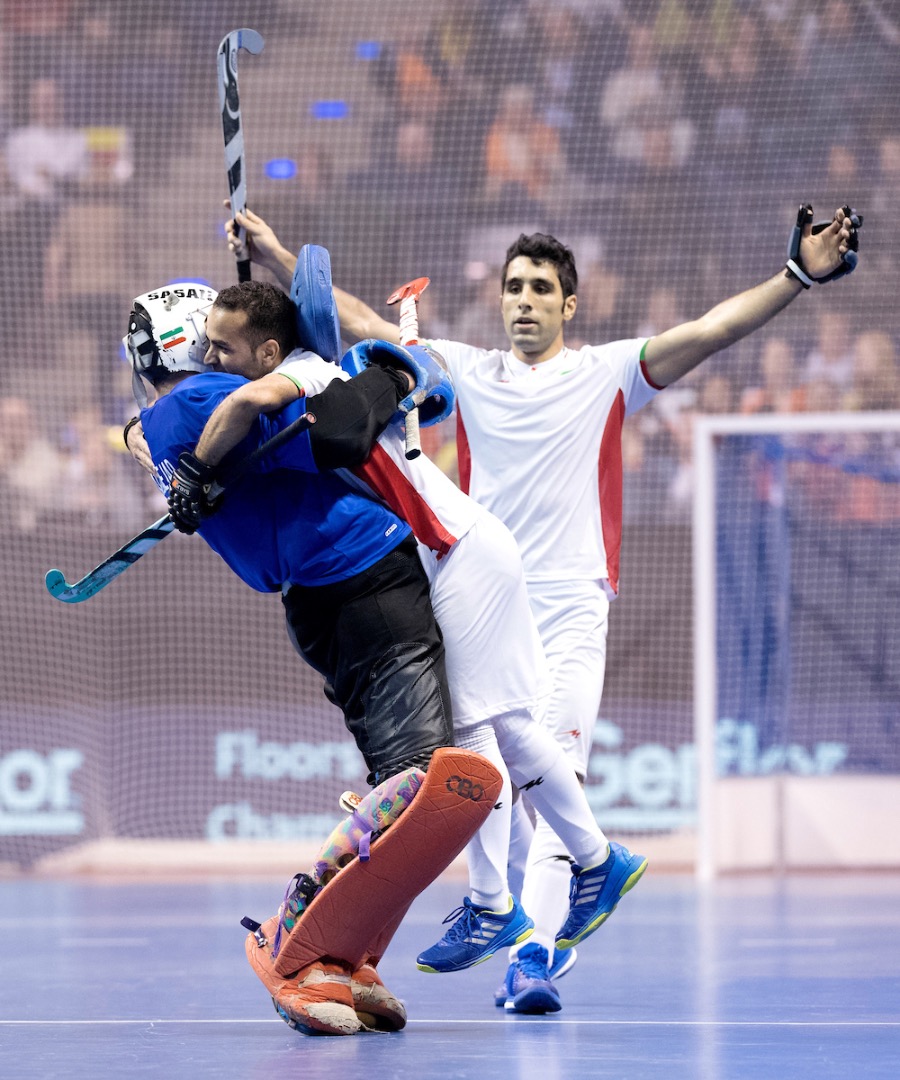 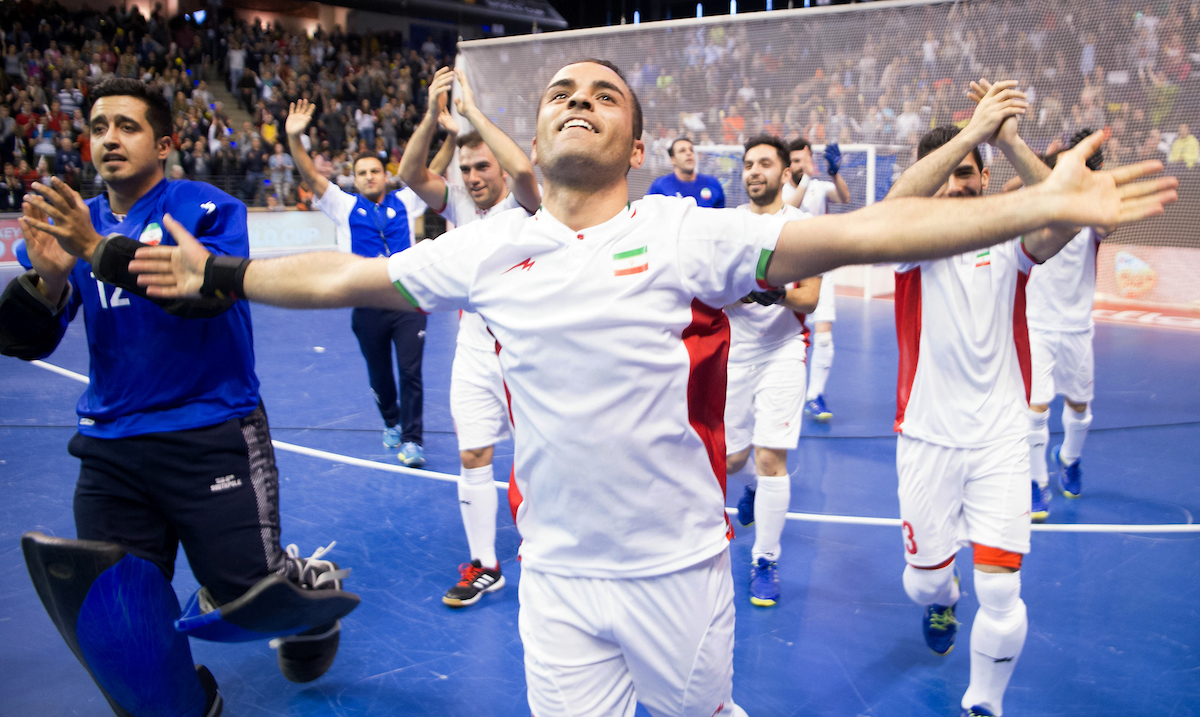 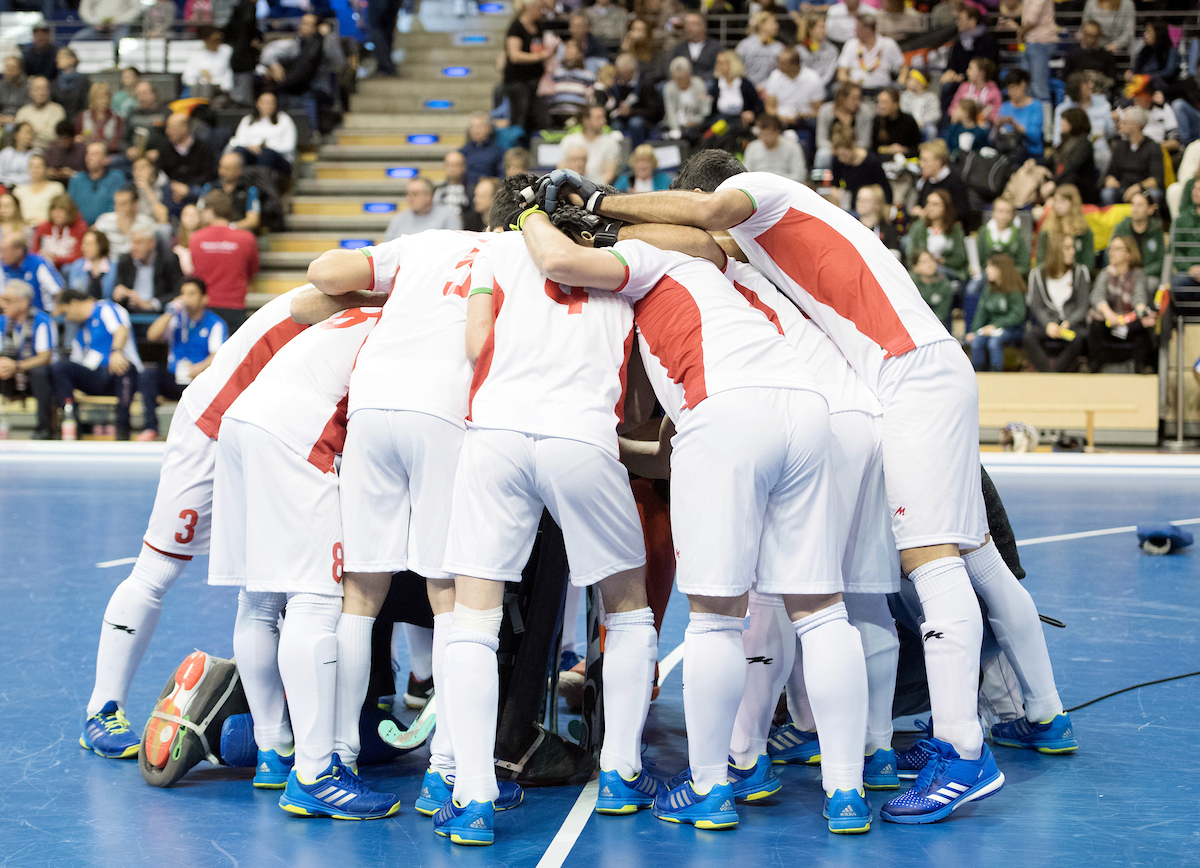 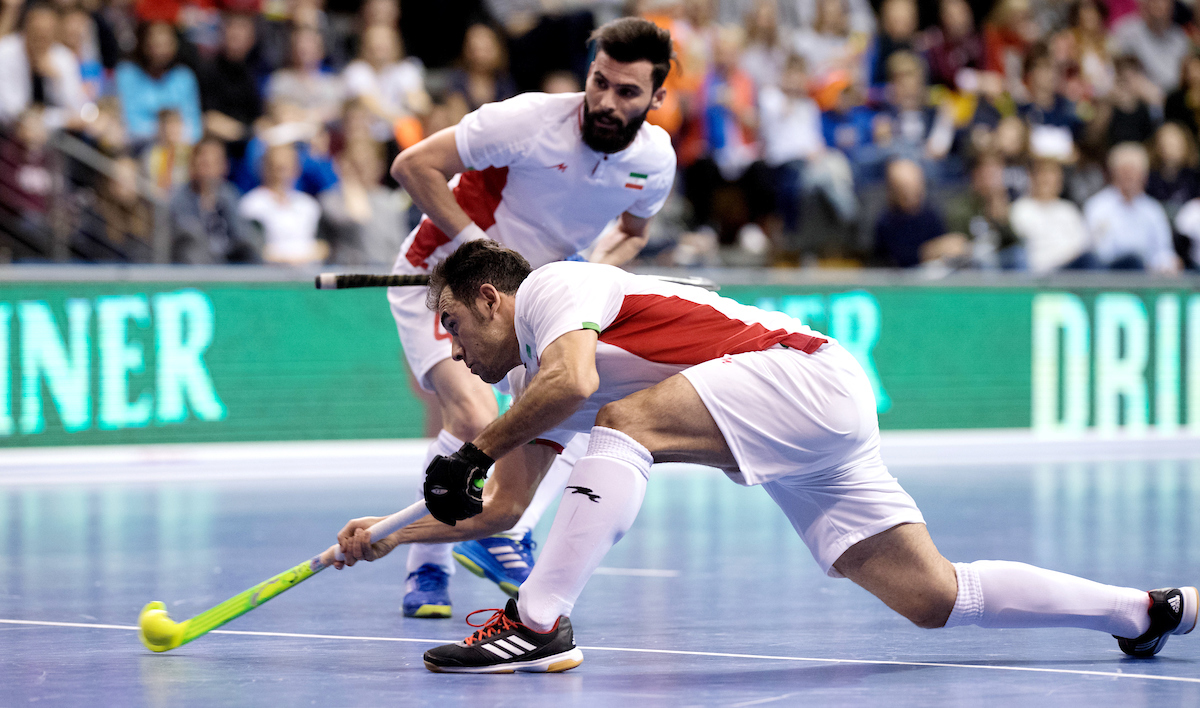 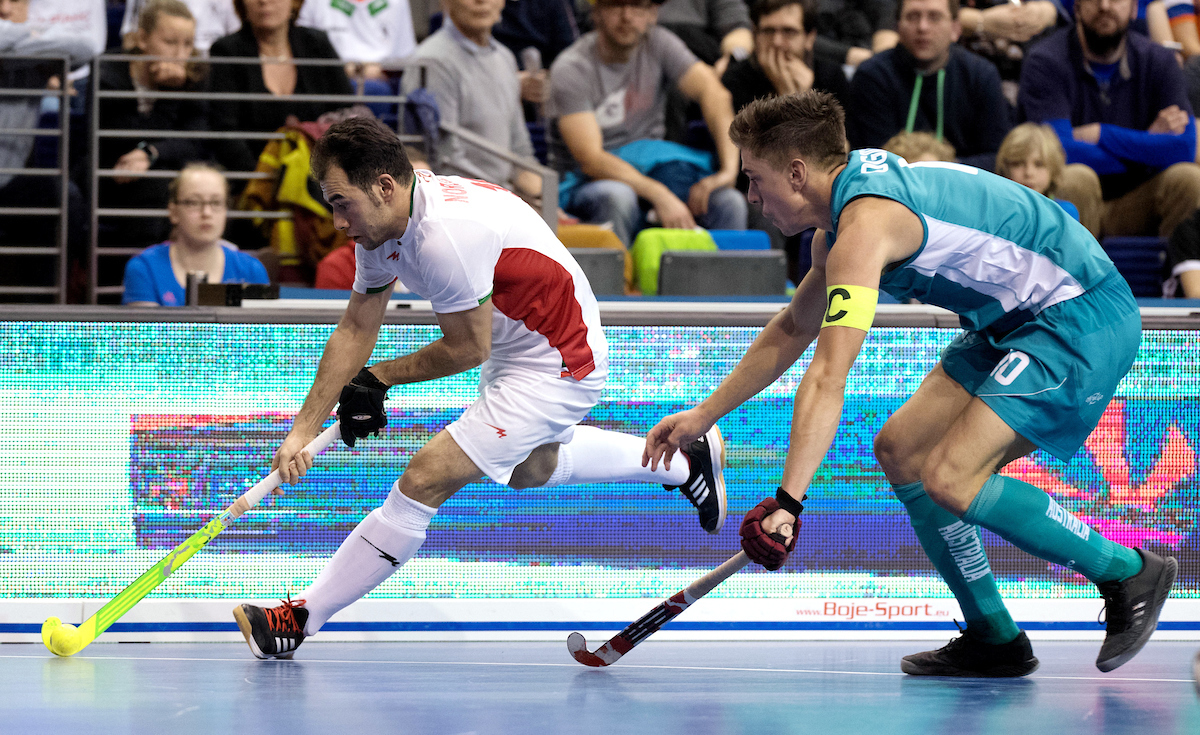 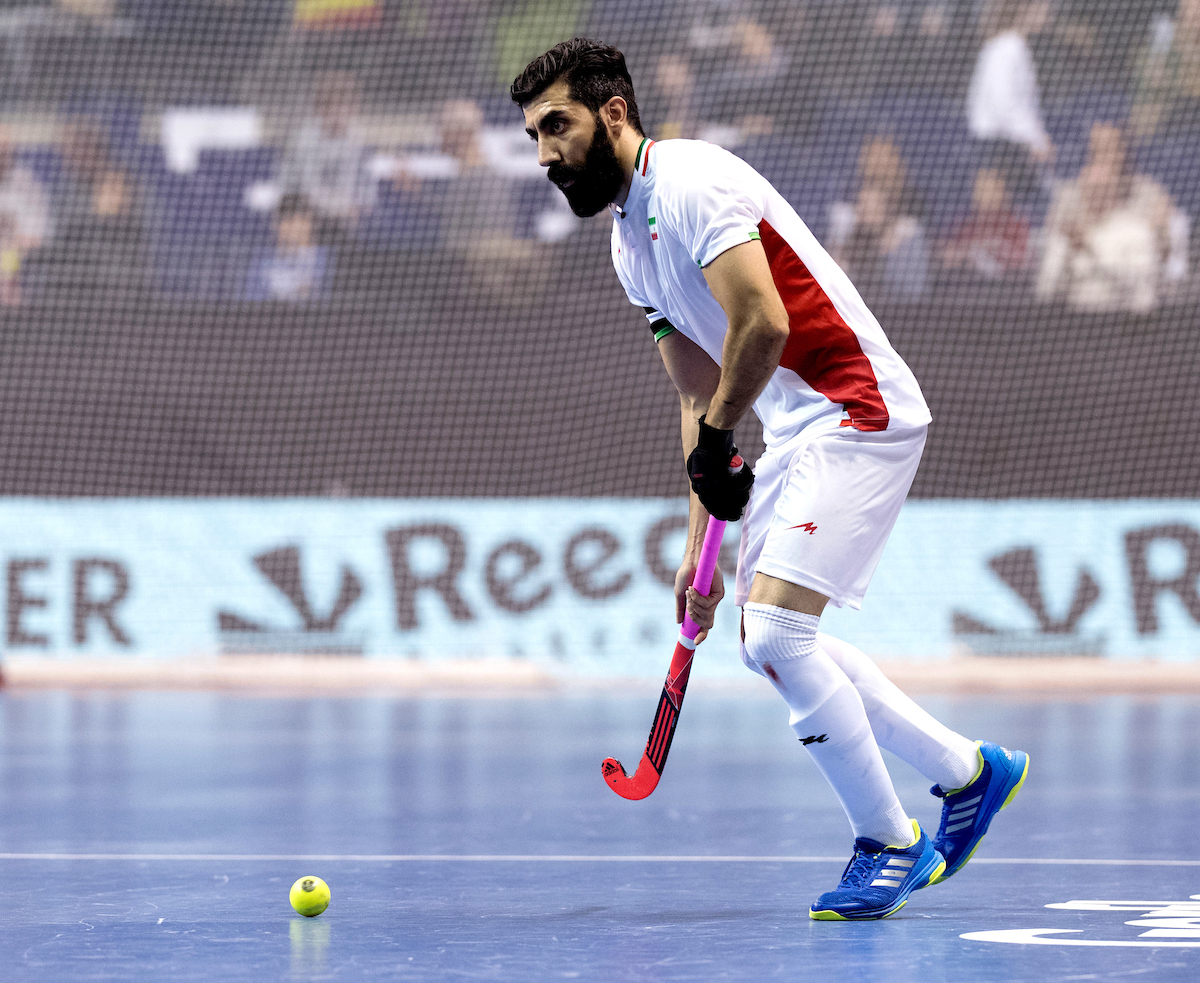