Kakamigahara: The host of the 2020 Women’s Junior Asia Cup

The city of Kakamigahara in Japan will host theWomen’s  Junior Asia Cup in 2020, it is located in southern Gifu and has been the venue to a number of important FIH and AHF events.The city hosted its first major hockey event in April of 2008, as the WorldHockey Olympic Qualifier took place.

The FIH Olympic Qualifier for both Men and Women kicked off in Kakamigahara in April of 2012, followed by the 2013 Men’s and Women’s Asian Champions trophy. The city was host to important test matches between Japan and Malaysia in 2016. Another important event organized by the city was the Women’s Asia Cup 2017.

The city is well experienced in organizing events for World Hockey, it is anticipated to be a great Women’s Junior Asia Cup 2020. 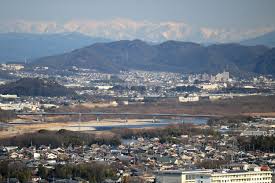