Just like the previous game, the USA made a lively start. India was forced to defend but they dealt with the early danger. Erin Matson after skipping two India defenders was awarded a penalty corner that ended in another penalty corner without finding the net of the goal. After these to opportunities, Amanda Magadan scored a brilliant penalty corner deflection, charging in on the right post before diving at full stretch to touch home a blistering strike from the top of the circle into the net. The USA was on fire, Paolino had another chance but the shot-stopper Savita save the goal. Not even into the half of the first quarter and the USA score another goal. The American captain Kathleen Sharkey pounced on a defensive error, punishing India´s failure to clear their lines by firing into the bottom of the right corner. The United States less than 15 minutes was leading by 2 goals to 0 goals of India.

Five minutes into the second quarter and the USA team was scoring once again. Alyssa Parker fired into the Indian net after Danielle Grega´s initial strike. However, India had some attempts to score with two penalty corners, but without much luck. With two minutes left before the half time and the USA once again were in possession of the ball creating a chance for Amanda Magadan who made absolutely no mistake, smashing powerfully into the bottom left corner of the Indian goal.

It was a scrappy start to the third quarter, with both teams struggling to retain possession. It was a quarter in which India had two opportunities to score because of two penalty corners, but the lack of definition and the good performance of the American goalkeeper did not allow India to score.

Into the last quarter, India finally scored. Rani Rampal was in charge of it. After the USA´s Alyssa Manley got a yellow card, India wen on the attack and cause chaos in the USA circle. The ball broke loose to Rani, who smashed an unstoppable effort into the roof of the USA net. The USA was still down to ten players and India was looking to capitalize on the ball. The Americans were soaking up the pressure, but it was all India. Once Alyssa got back, she was on fire getting in a tangle with Gurjit whilst entering the Indian circle and requested a video referral. A free hit was given to the USA outside the circle. The match continued with both teams trying to defend their circles but without any other goal. The score ended with the United States winning 4 over India 1 but it was not enough for the Americans.

It was a remarkable game with the USA producing an incredible performance to score four times without replay but a fourth-quarter strike form India´s team captain Rani hast sent India to next year´s Olympic Games. 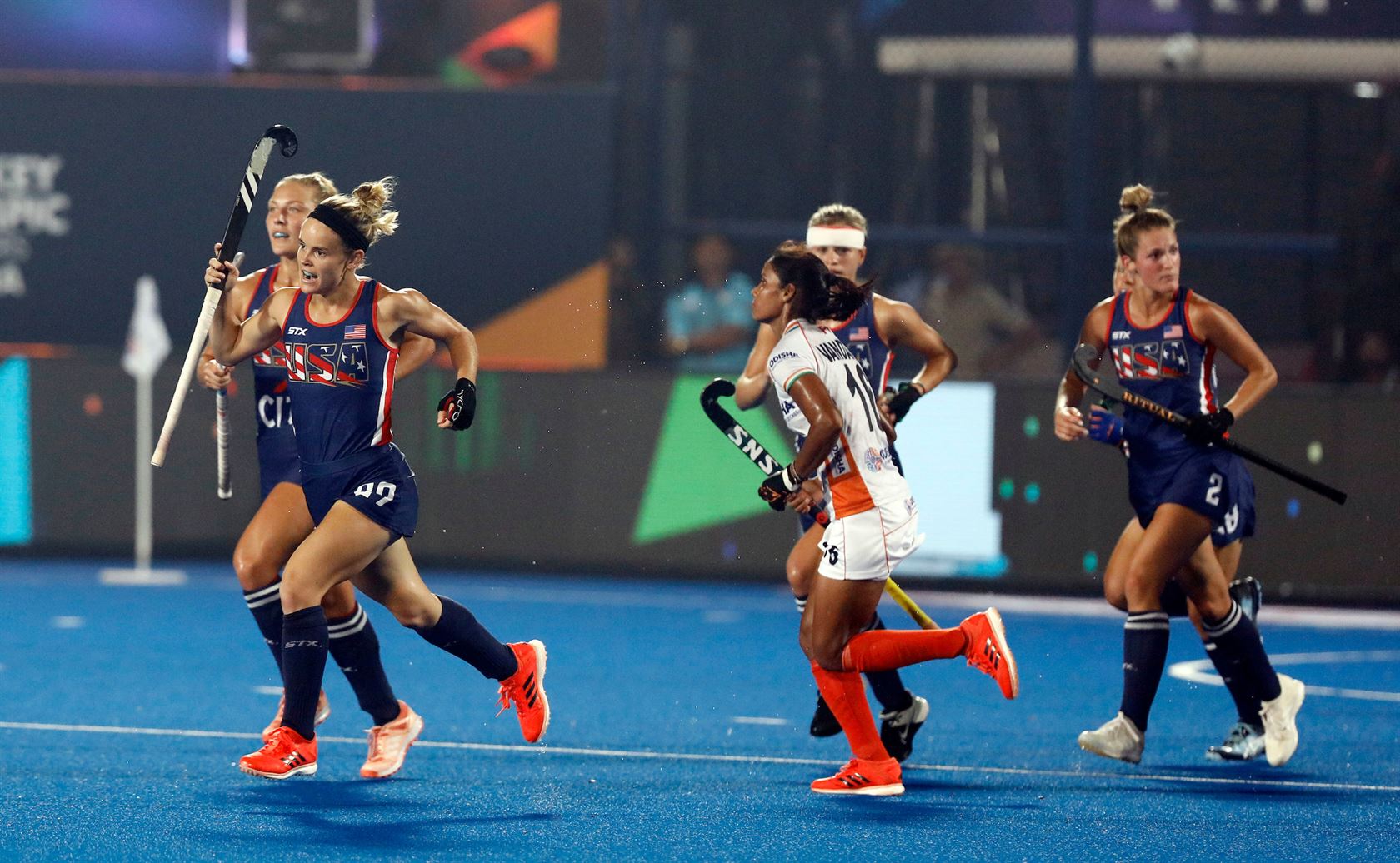 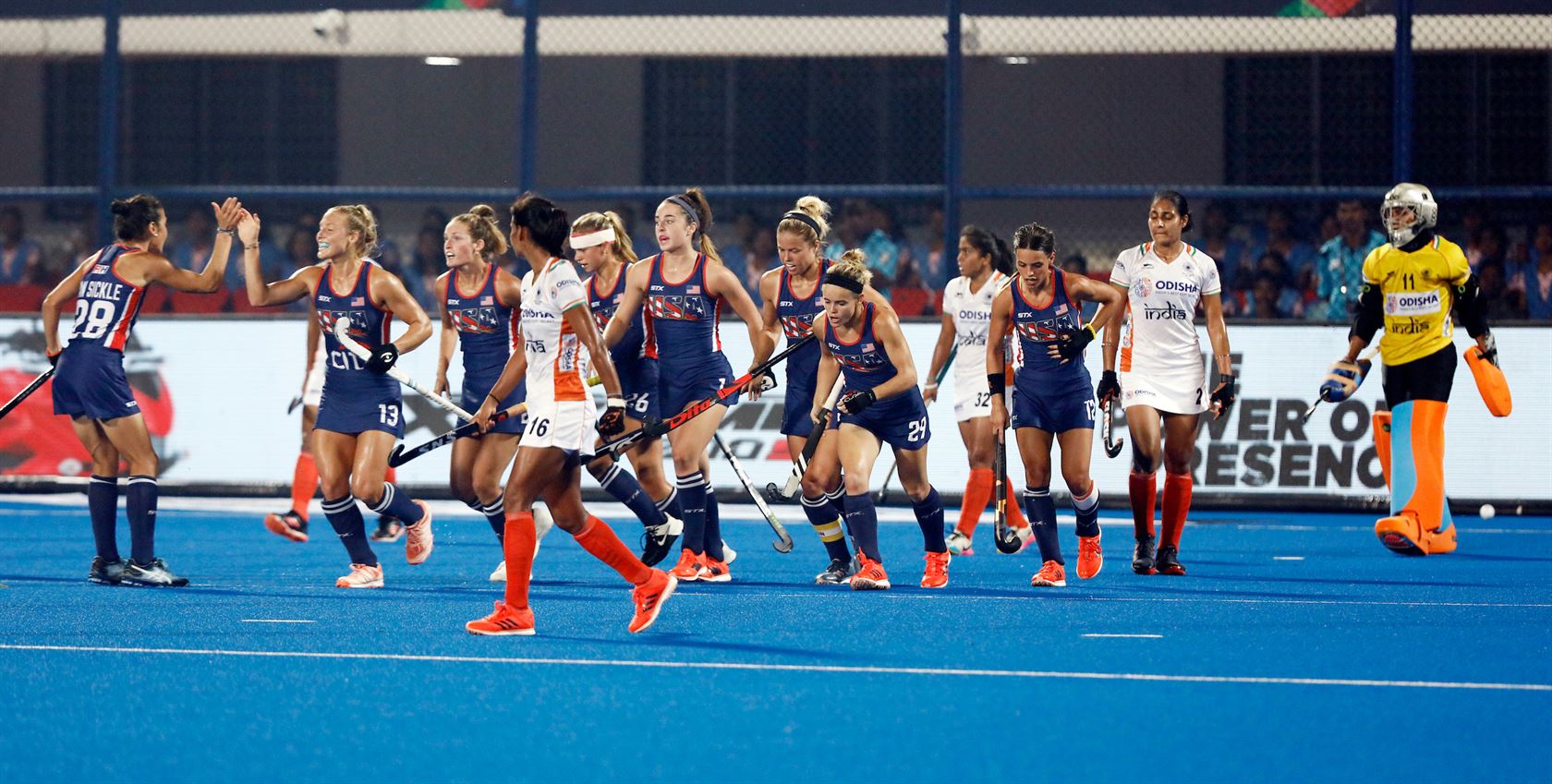 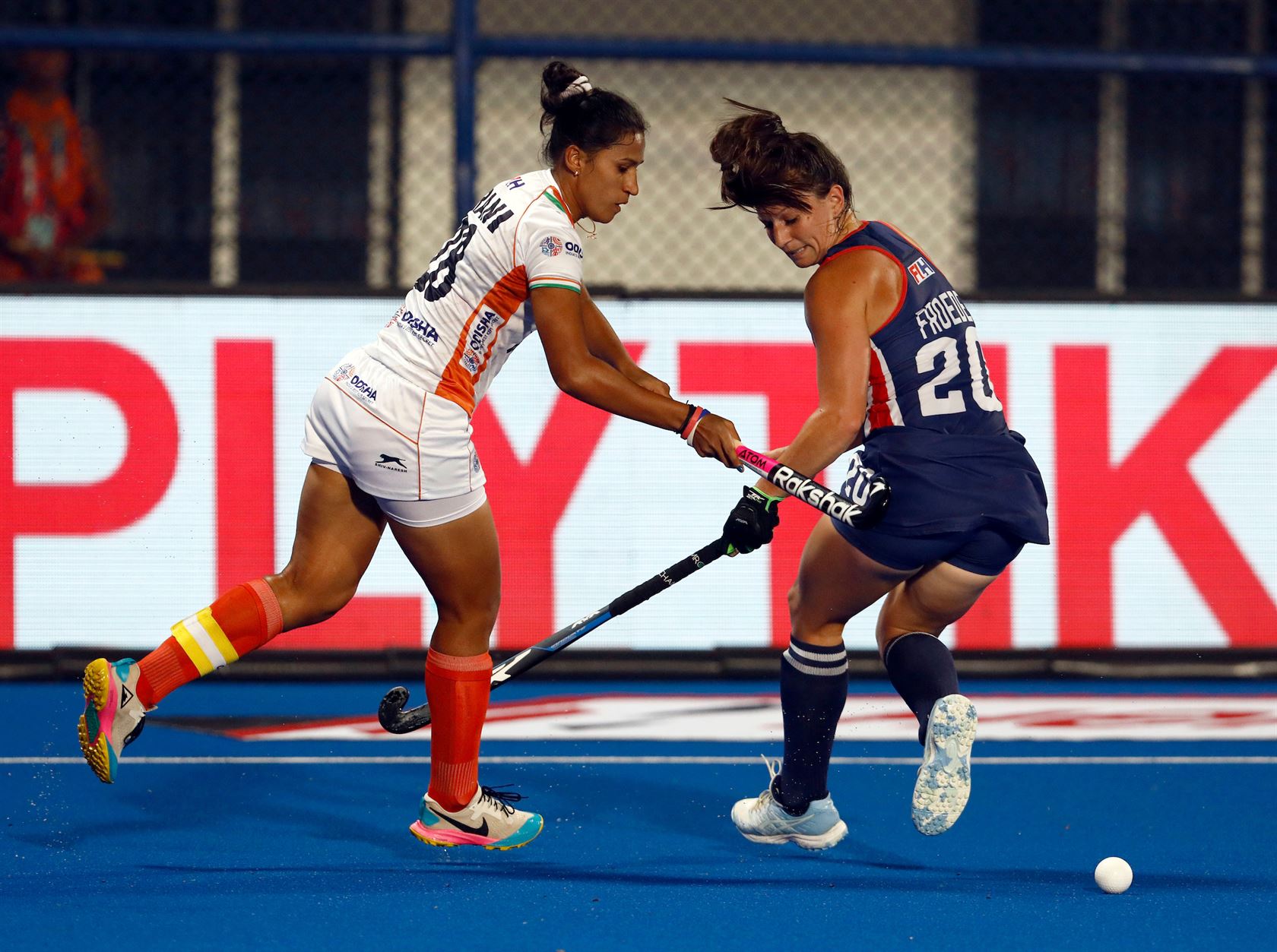 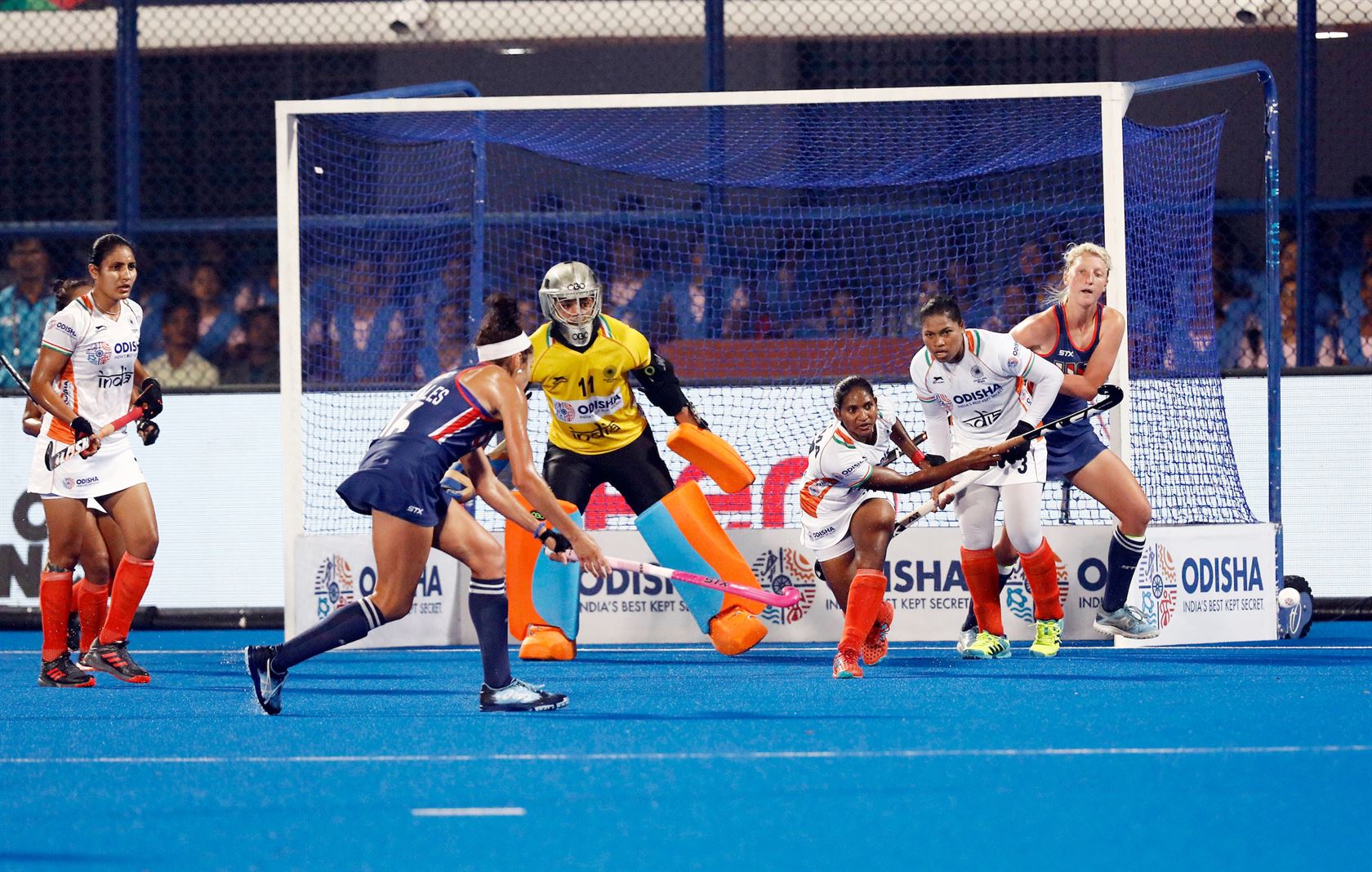 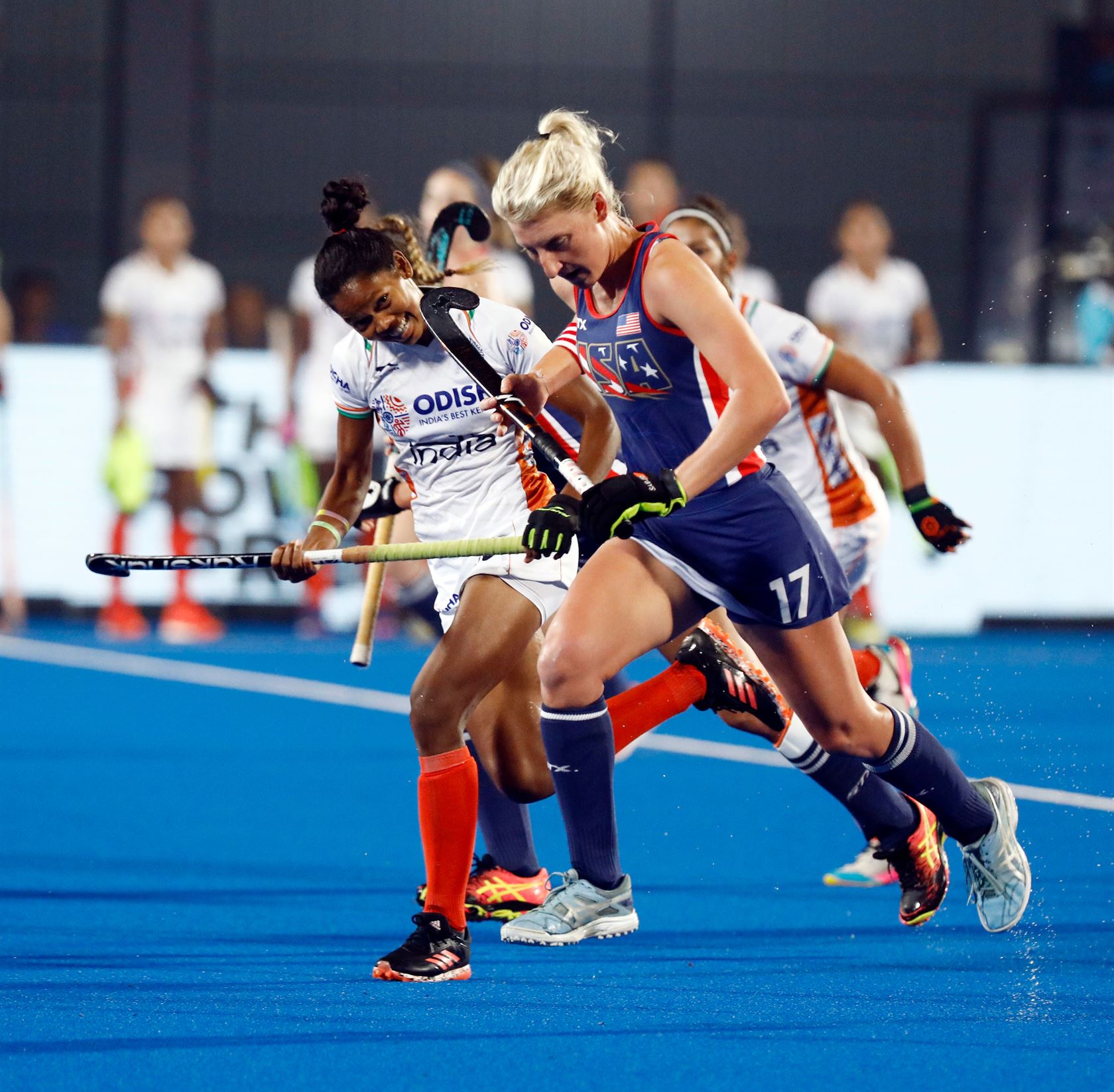 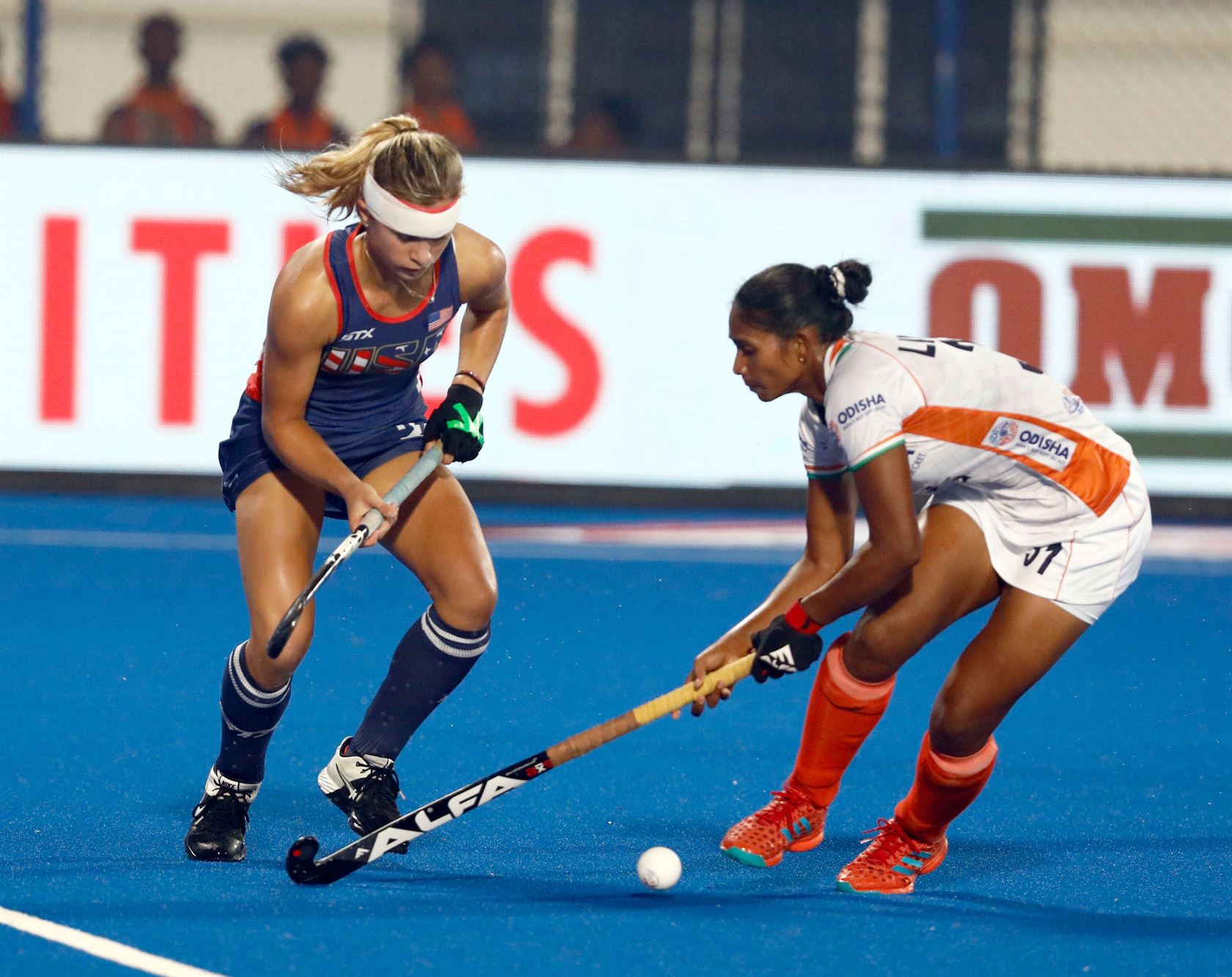 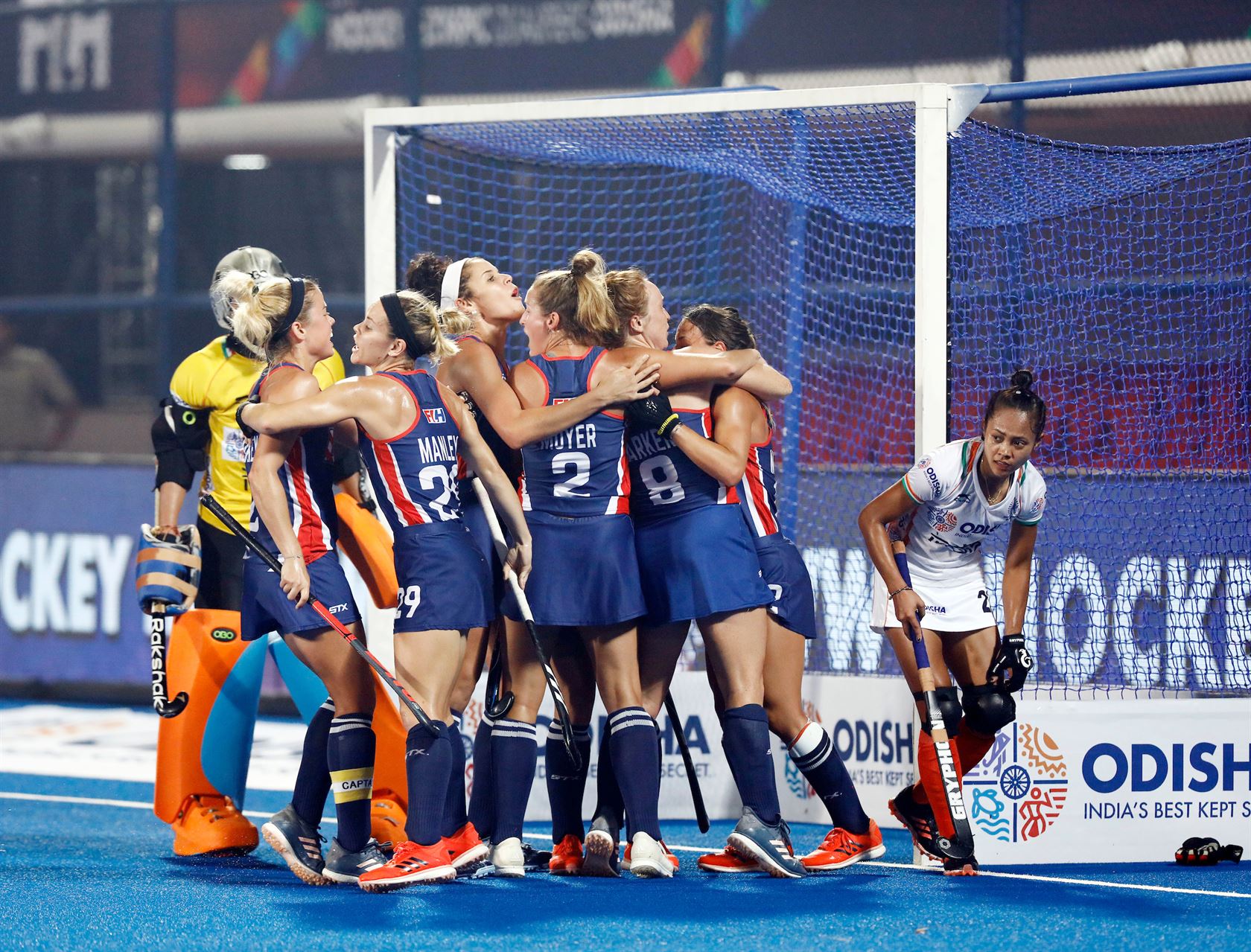 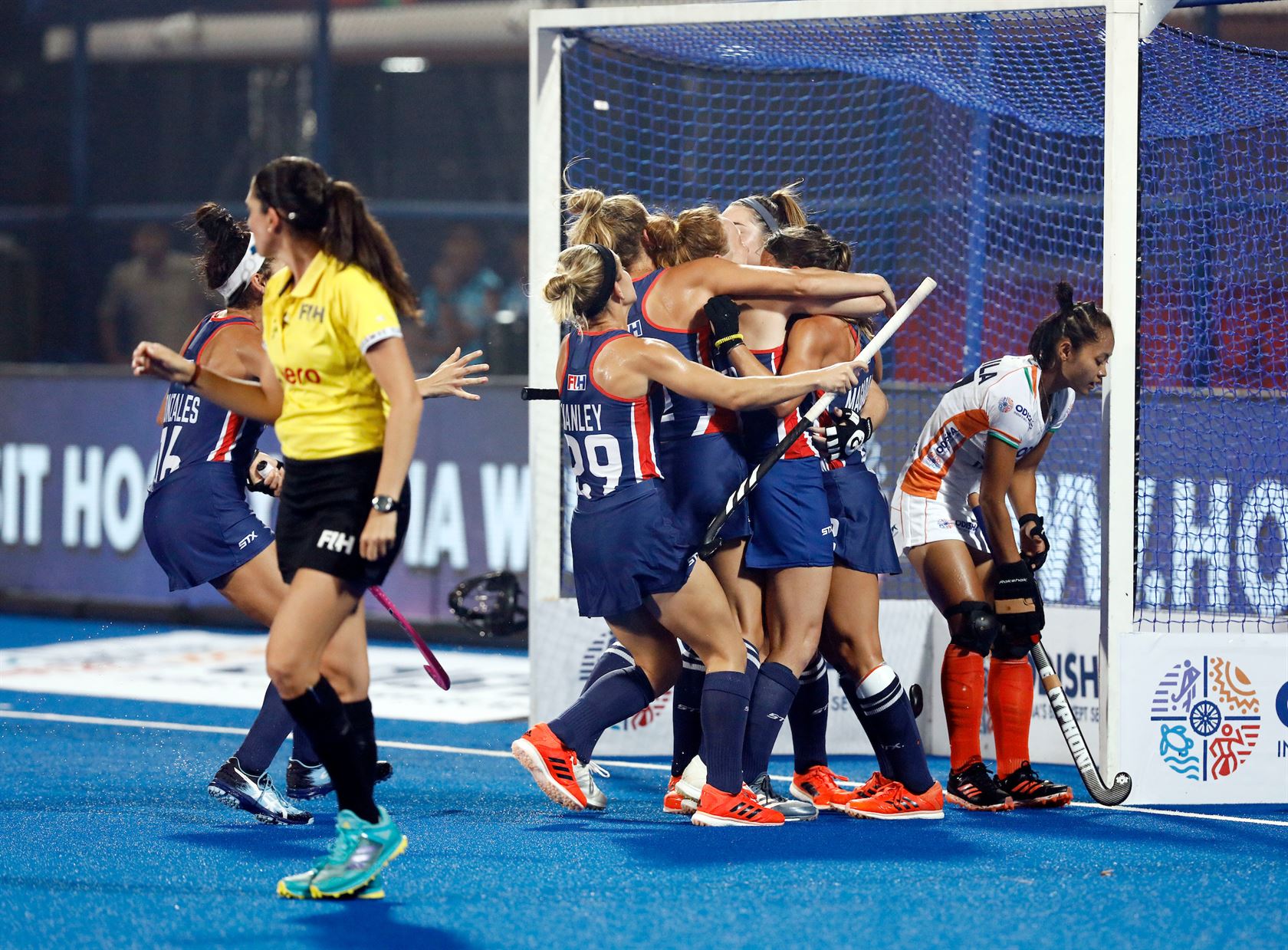 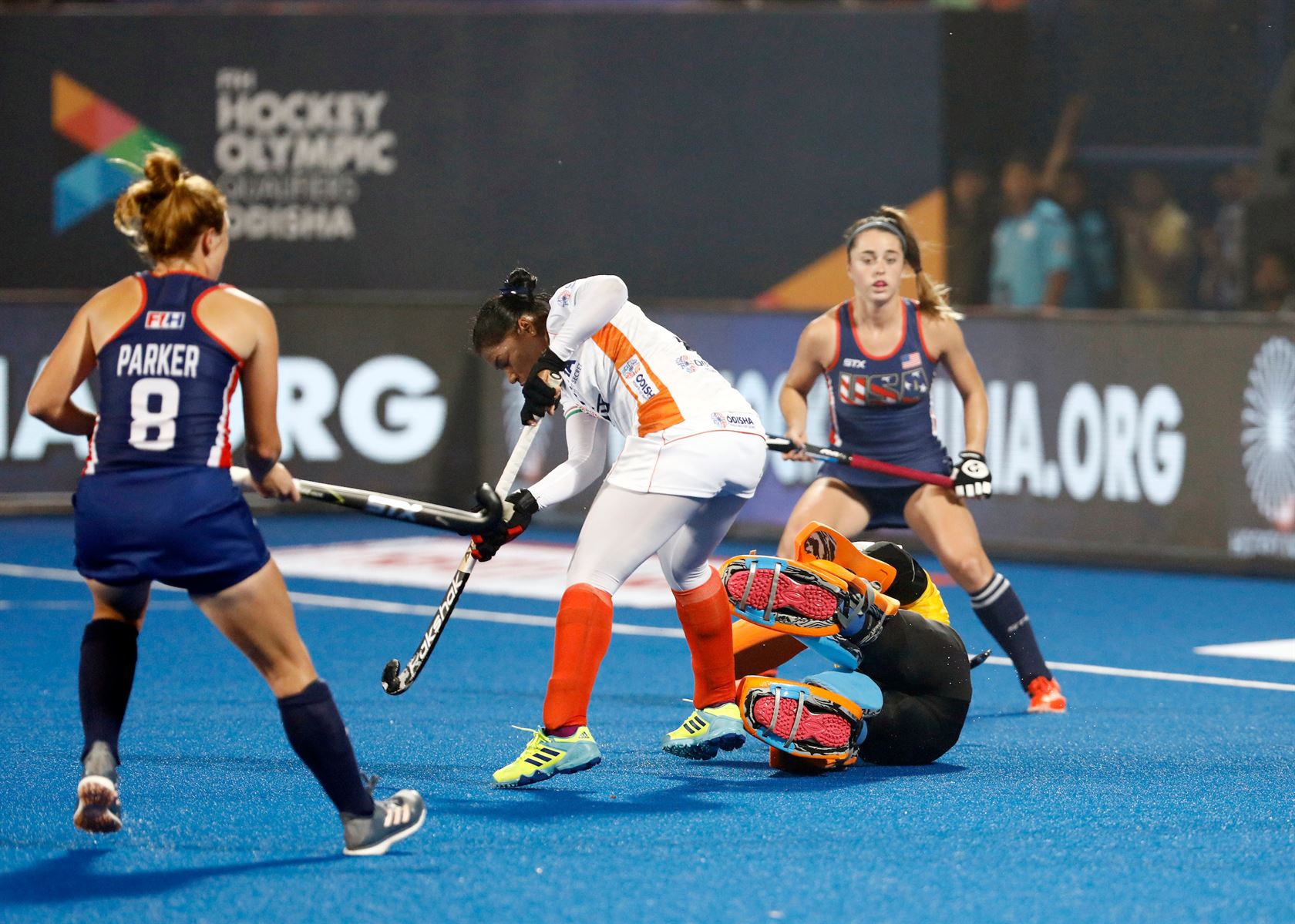 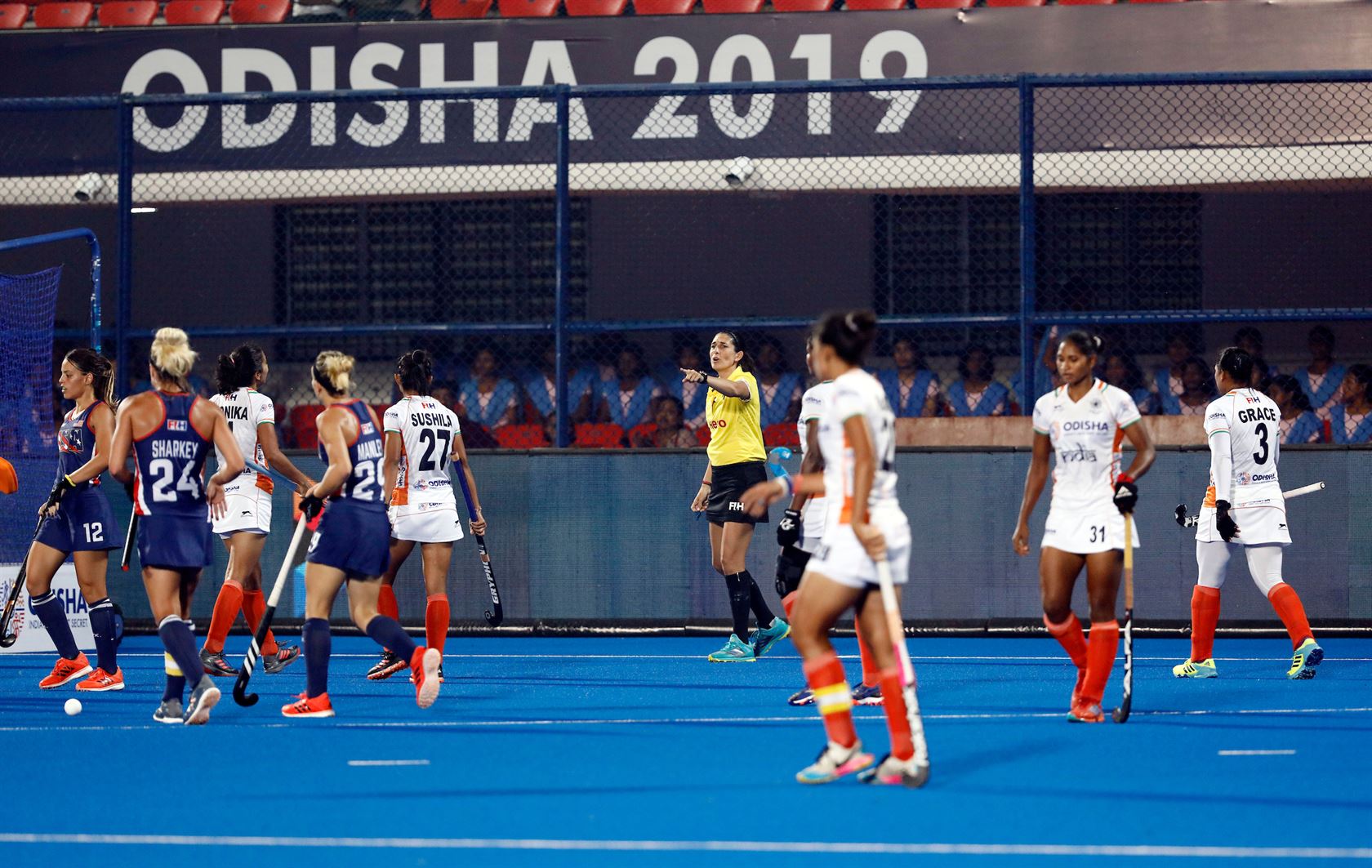