PHF held multiple activities to mark the Olympic week in the floodlit National Hockey Stadium in presence of a number of former hockey greats of Pakistan including Shahbaz Ahamd, Secretary (PHF).

It began with under 14 girls match where the girls showed their prowess remarking a good performance.  After that a Veteran Exhibition match was held with a range of former Olympians, internationals and national stars) and the Punjab Sports Board team was held. The veterans’ side included hockey greats like Tahir Zaman, Khawaja Junaid and Usman Sheikh, all World Cup winners. They provided glimpses of skills reminiscent of their halcyon days.

Surely, the event that moved everyone was the participation of the special children that were gathered from different institutions of Lahore, Pakistan. They were present in a large number accompanied by their teachers. They came to the pitch and were very delighted to receive hockey sticks. Former and current Pakistan hockey stars engaged the kids in a one on one session.
The special children were presented with the specially designed Olympic day t-shirts. The PHF plans to hold similar events on Thursday, 23 June, 2016 at night time different matches between teams comprising of popular entertainment personalities, extensive media, ex Olympians and families. 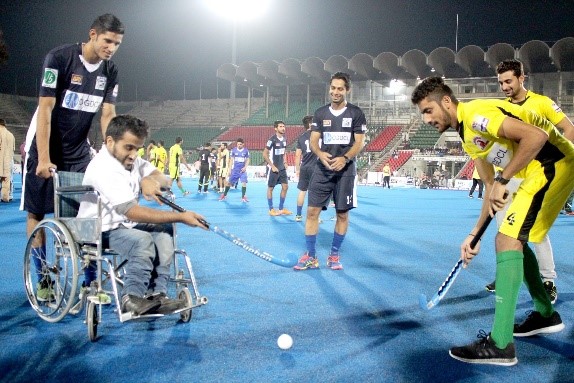 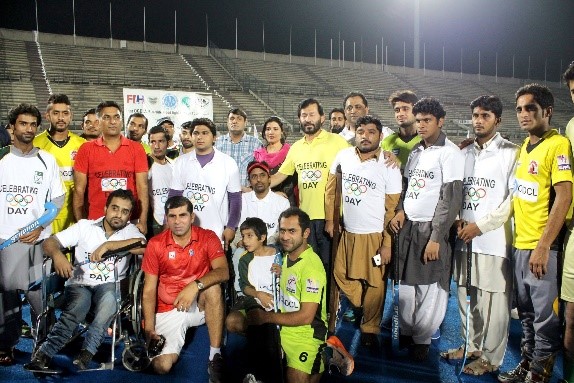 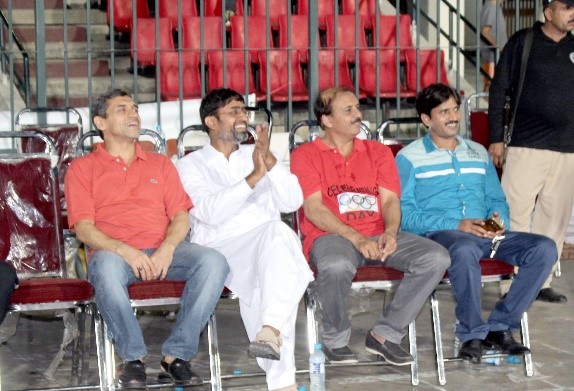